Two New Characters Join the Party in Atelier Sophie 2: The Alchemist of the Mysterious Dream

Today, KOEI TECMO America and developer GUST Studios are excited to reveal the latest details of their heart-warming JRPG: Atelier Sophie 2: The Alchemist of the Mysterious Dream, including two new characters and the magical updates to the franchise’s panel synthesis system. The newest entry in the adored Atelier series is scheduled to release across North America on Feb. 25, 2022 for the Nintendo Switch™, PlayStation®4 Computer Entertainment System, and Windows PC via Steam®. 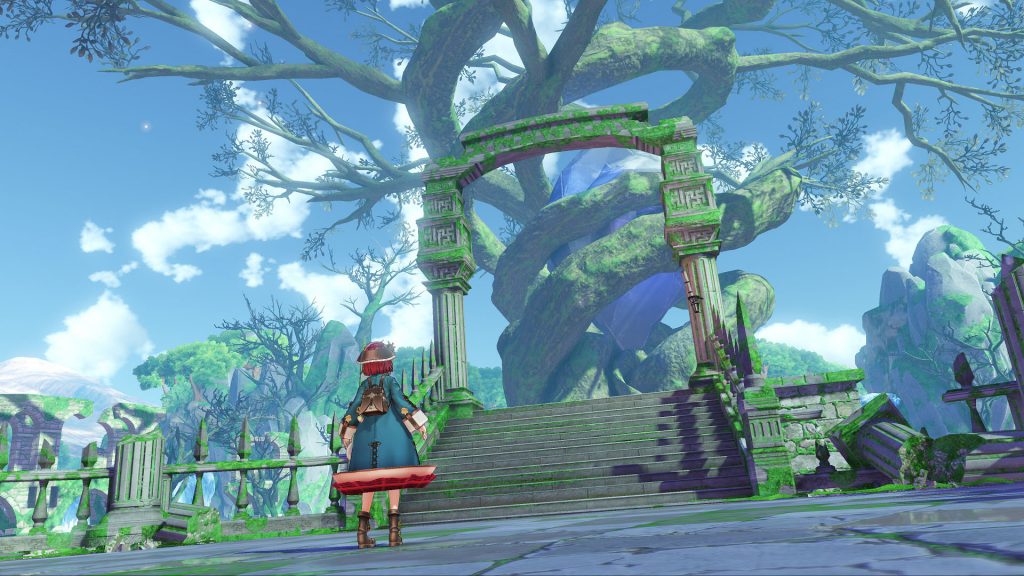 Atelier Sophie 2: The Alchemist of the Mysterious Dream follows beloved alchemist, Sophie Neuenmuller, shortly after her adventures in 2016’s Atelier Sophie: The Alchemist of the Mysterious Book. Sophie’s unexpected new adventure finds her unconscious in a mystifying, dream-like world known as Erde Wiege, where she is saved by an unfamiliar face. The hero of the day is named Alette Claretie, who dreams of one day finding treasure that can only be found in Erde Wiege. She’s a procurer who sells things she finds throughout town, but is also known for being reckless and wild. Alette helps Sophie explore this new world, setting out on a quest to find Sophie’s friend Plachta, who appears to be missing. 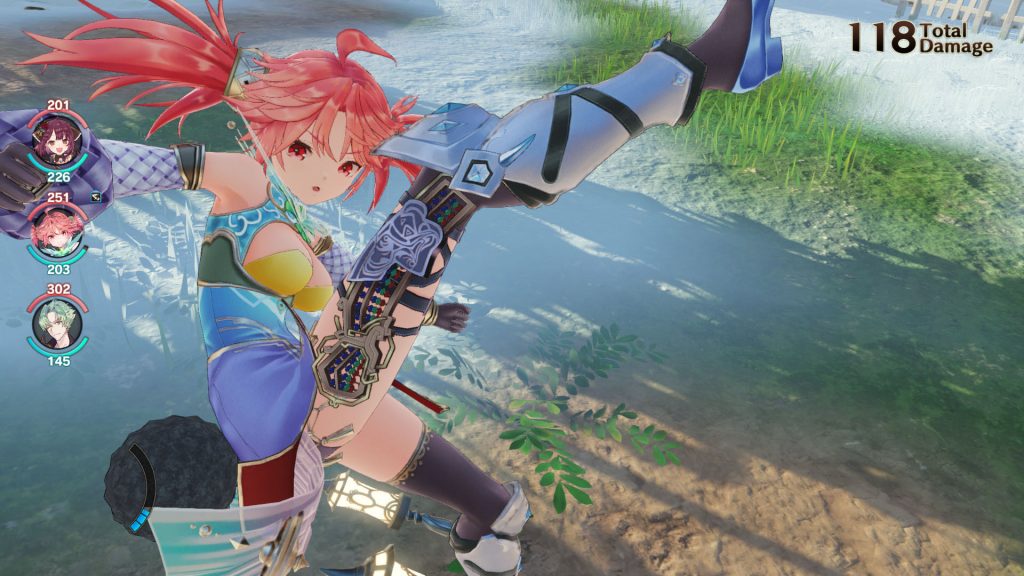 They begin their journey at a place known as The Dream Tree, where Sophie was found unconscious. The mysterious woody plant resembles the tree where Sophie and Plachta had last explored before ending up in Erde Wiege, but Plachta is nowhere to be found. When Sophie and Alette return to Roytale, the only town in Erde Wiege, they are approached by a man named Olias Enders, who refers to himself as “the world’s strongest ultimate bodyguard!” Olias claims to know a girl named Plachta, and offers his services to help guide them to the atelier on the outskirts of town. But when the trio arrive and encounter Plachta, Sophie claims not to know this new girl. Who is this new Plachta, and what is her relationship with Sophie’s best friend? Sophie, Alette, and Olias are determined to find out. 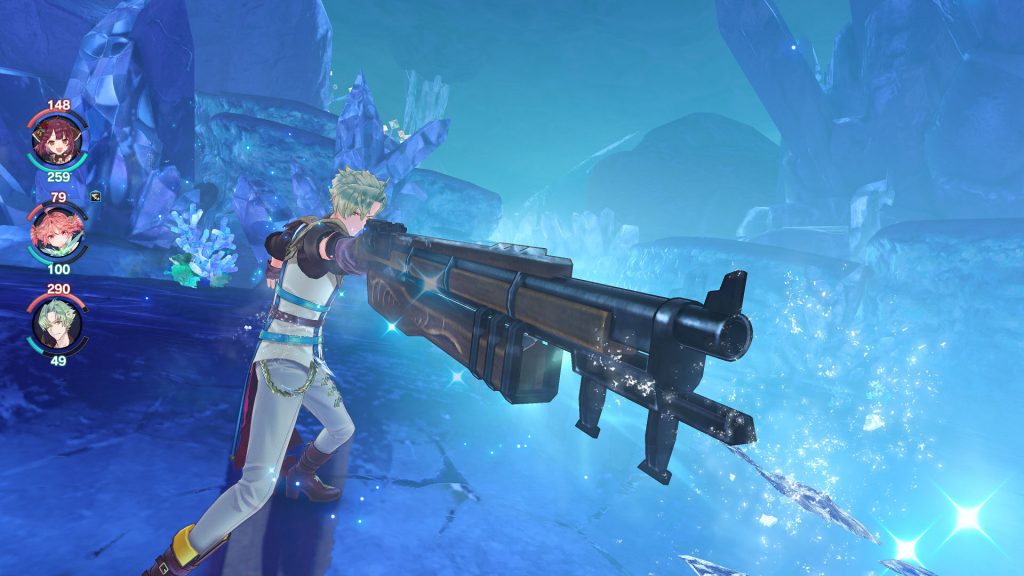 Throughout the adventure, characters will need to employ their skills in alchemy in order to proceed, with gamers utilizing an updated version of the panel synthesis system featured in the Mysterious sub-series. In Atelier Sophie 2: The Alchemist of the Mysterious Dream, new items are created based on the alchemic components of materials placed on the panel. Alchemic components are associated with an element (color) of either fire, ice, lightening, wind, or light. By selecting material that consists of an element (alchemic component) that matches the type of item you want to synthesize, various effects can be acquired. With alchemic components, panels that light up brightly are known as link components. When link panels of the same element are adjacent, they form a link, and the greater the number of links, the better effects can be acquired. In order to create powerful items, being aware of links and strategically placing alchemic components becomes key. 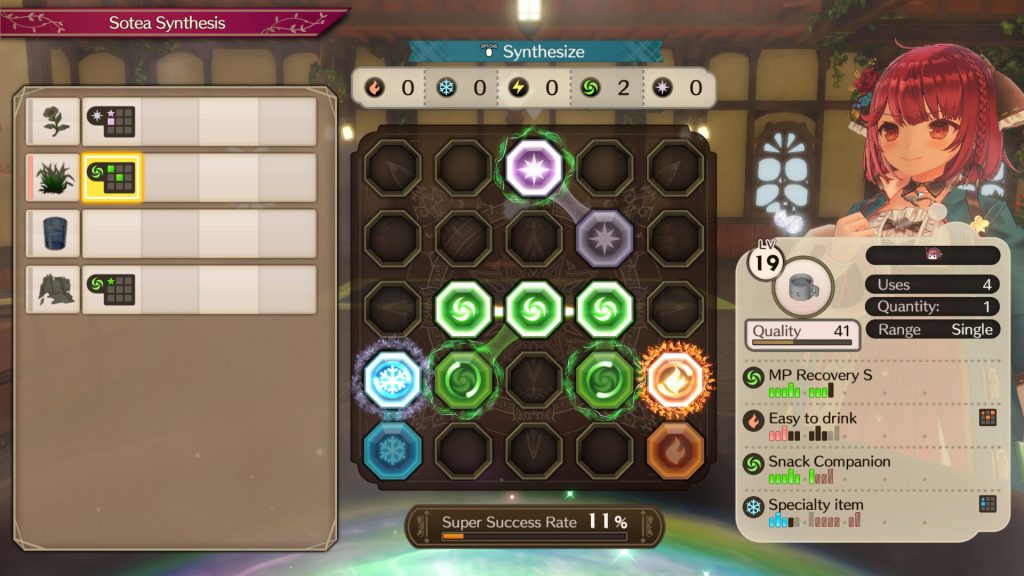 In addition, Sophie and Plachta will be able to unlock the special use of Assist Skill further along in their adventure. When Plachta’s synthesis is unlocked, either Sophie or Plachta can be selected to assist with synthesis. There are some recipes that are exclusively for Sophie, and some only for Plachta, and a few of these recipes include important items required to proceed in the game. In order to create the advanced items that are key to the story, players need to raise their level as an alchemist (Alchemy Lv.). Balancing the use of Sophie and Plachta in synthesis to increase each of their Alchemy Lv. will be essential to advancing the storyline and unlocking the mysteries behind this mysterious dream.

To help celebrate the latest edition into the Atelier Sophie franchise, KOEI TECMO America is offering a delightful new Limited Edition of Atelier Sophie 2: The Alchemist of the Mysterious Dream, exclusively available through the NISA Online Store. This must-have version of the game contains an art book, deluxe fabric poster, keychain, bonus BGM CD, and an exclusive DLC costume all packaged into a beautiful collector’s box.